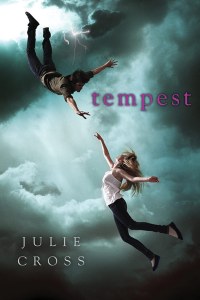 The year is 2009.  Nineteen-year-old Jackson Meyer is a normal guy… he’s in college, has a girlfriend… and he can travel back through time. But it’s not like the movies – nothing changes in the present after his jumps, there’s no space-time continuum issues or broken flux capacitors – it’s just harmless fun.

That is… until the day strangers burst in on Jackson and his girlfriend, Holly, and during a struggle with Jackson, Holly is fatally shot. In his panic, Jackson jumps back two years to 2007, but this is not like his previous time jumps. Now he’s stuck in 2007 and can’t get back to the future.

Desperate to somehow return to 2009 to save Holly but unable to return to his rightful year, Jackson settles into 2007 and learns what he can about his abilities.

But it’s not long before the people who shot Holly in 2009 come looking for Jackson in the past, and these “Enemies of Time” will stop at nothing to recruit this powerful young time-traveler.  Recruit… or kill him.

Piecing together the clues about his father, the Enemies of Time, and himself, Jackson must decide how far he’s willing to go to save Holly… and possibly the entire world.

Time traveling books aren’t ones I normally read, but this one sounded pretty interesting, so when I saw it on LibraryThing‘s Early Reviewers list, I just had to request it, and luckily I won it!  Time traveling in this book is different than the time traveling in a lot of things you see; it actually talks about separate timelines and such.  The cover grabbed me when I saw it also.  The storm in the background with the lightening fit really well with the title, and it ties into the book, too.

At first, it kind of took me a little while to get into the book.  I’m not really sure why, but it could have been because I wasn’t used to reading this type of book. But as I read it, it became more and more intense, and I flew threw it once I was really hooked.  The book is a constant struggle for Jackson, and his character becomes so different after everything he goes through, so there is a lot of character development.  I really liked his computer nerd friend, Adam, for some reason.  He’s a good friend to Jackson and is fascinated by science stuff.  Holly I wasn’t too crazy about at first because she just didn’t click for me, but that changed as well.  There was also a really good emotional scene, but I was surprised by the lack of emotion in some spots.

**SMALL SPOILER ALERT**  I don’t know how CIA stuff is usually done in books, but my only real complain is that the CIA stuff in this novel just didn’t seem as believable as it could have been.  It may be just me on that one, but somethings just seemed to simple.  Like agents giving up secrets way too easy. **END OF ALERT**

All in all though, I enjoyed this book and I can’t wait to find out what happens next, especially after the ending.  I like the way it ended and am anxious to see what’s next.

Intense once it gets going,  good emotions, enjoyable characters, could have been a bit more believable with certain areas.

Now for the giveaway!!  If you would like to win Tempest you can fill out the giveaway form here.  The giveaway is international and ends next Friday (March 30th) at Midnight.  The winner will be chosen via Random.org and as always, being a follower is not required, but you do earn extra entries if you follow me!  Good luck to everybody who enters!

One response to “*Review* Tempest – Julie Cross and Giveaway”