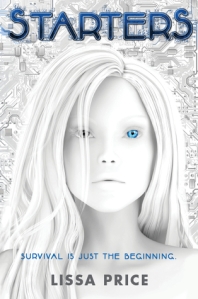 HER WORLD IS CHANGED FOREVER

Callie lost her parents when the Spore Wars wiped out everyone between the ages of twenty and sixty. She and her little brother, Tyler, go on the run, living as squatters with their friend Michael and fighting off renegades who would kill them for a cookie. Callie’s only hope is Prime Destinations, a disturbing place in Beverly Hills run by a mysterious figure known as the Old Man.

He hires teens to rent their bodies to Enders—seniors who want to be young again. Callie, desperate for the money that will keep her, Tyler, and Michael alive, agrees to be a donor. But the neurochip they place in Callie’s head malfunctions and she wakes up in the life of her renter, living in her mansion, driving her cars, and going out with a senator’s grandson. It feels almost like a fairy tale, until Callie discovers that her renter intends to do more than party—and that Prime Destinations’ plans are more evil than Callie could ever have imagined. . . .

The plot of this book was so interesting, fresh, and creepy.  How weird would it be to sell your body, so that an old person could rent it from you and use it to do all the things they are no longer young enough to do.  Callie is a desperate Starter who very badly needs money for her sick brother and decides to go to Prime Destinations and sign herself up to rent her body. END_OF_DOCUMENT_TOKEN_TO_BE_REPLACED