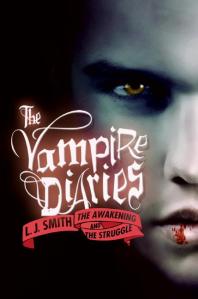 A Love Triangle of Unspeakable Horror…

Elena: Searching for the ultimate thrill, she vowed to have Stefan.

Stefan: Haunted by his tragic past, he struggled to resist her passion.

Damon: Driven by revenge, he hunted the brother who betrayed him.

The terrifying story of two vampire brothers and the beautiful girl torn between them.

Well, this wasn’t exactly what I was expecting it to be.  I watched the first 3 seasons before I read this book.  I love the TV series, but I wasn’t in love with the book.  At least not this first one.  It is quite different from the show!

Elena was very different between the book and the show.  In the show she is a caring person who puts others before herself, but in the book she was the queen bee at school and manipulated people to get whatever she wanted.  I just didn’t like her very much.

And this book was the worst I have read on insta-love.  It was unreal how fast the insta-love was.  There was no real connection between Elena and Stefan for me.  I understand why Stefan would want Elena, but I don’t know why she wants Stefan other than she feels the need to take whatever she wants.  There was no relationship development.

Stefan on the other hand I actually did like.  He is very mysterious and wants to protect Elena.  We get a good history on him and he is a deeper character than Elena and has a better attitude.

There was soooo many things that were different between this book and the show, I really wouldn’t know where to start with it.  There are characters in the book not in the show and vice versa, characters who have totally different personalities and names where changed and mixed around.  Gotta say I like the TV show better than what I have read so far.  I will keep reading however because I want to see more of Damon (I’m Team Damon all the way) and hopefully I won’t be so annoyed with Elena past the first book. 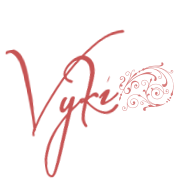